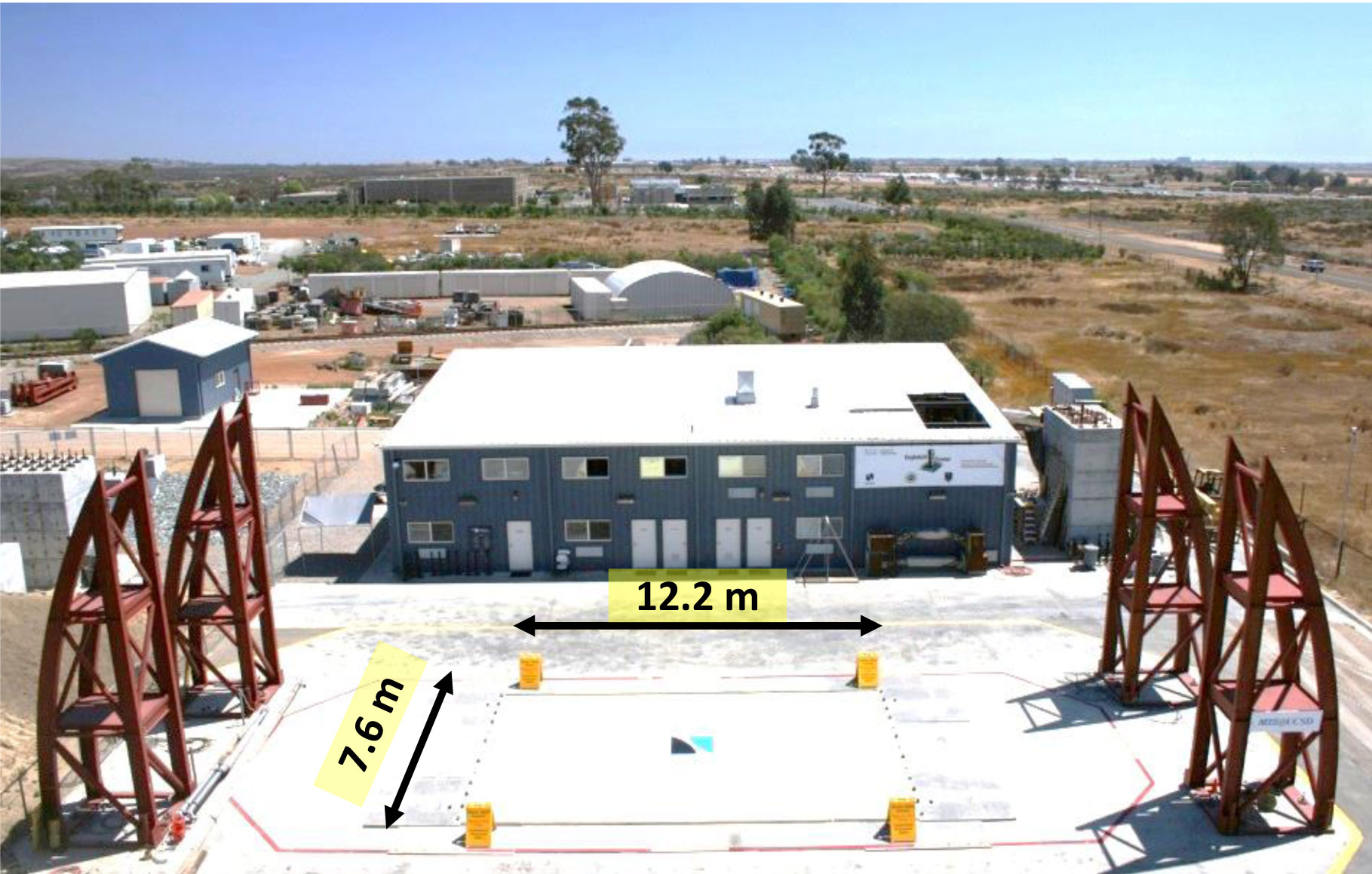 The LHPOST, located about 15 km east of the UC San Diego main campus, is a unique shake table facility designed in 2001-2002 through a joint effort between UC San Diego and MTS Systems Corporation and built during 2003-2004. It was originally designed as a 6-DOF shake table, however due to budgetary constraints, it was built as a 1-DOF facility. LHPOST became operational in October 2004 as part of the NSF NEES program. It is the largest outdoor shake table in the world and the second largest overall. Since the LHPOST is an outdoor shake table, it allows the testing of large specimens that other facilities cannot due to the height restrictions. With a platen 7.6m wide by 12.2m long, the LHPOST has an overall vertical payload capacity of 20MN, with a testing frequency range of 0-33 Hz.

In 2018 NSF awarded UC San Diego the funds to upgrade the LHPOST to 6-DOF, making the NHERI@UCSD Shake Table the largest capacity 6-DOF shake table in the world. The LHPOST is designed to permit the accurate simulation of far- and near-field ground motions, and when used in combination with the two existing large laminar soil boxes allows for the testing of soil-foundation-structure interaction (SFSI) systems.

The 6-DOF LHPOST is actuated by four horizontal servo-controlled dynamic actuators, two in a V shaped configuration at each end of the platen, and six vertical actuators with a stroke of ±5 in (0.127 m) underneath the platen. The LHPOST also includes a hardware and software platform for real-time hybrid shake-table (RTHST) testing. The hardware and control equipment available consist of a 50-tonf, ±203 mm dynamic actuator, four-channel MTS FlexTest controller, and a SCRAMNet ring for real-time communication and synchronization of data flow between the shake-table controller, FlexTest controller, and Simulink Real-time Target PC. 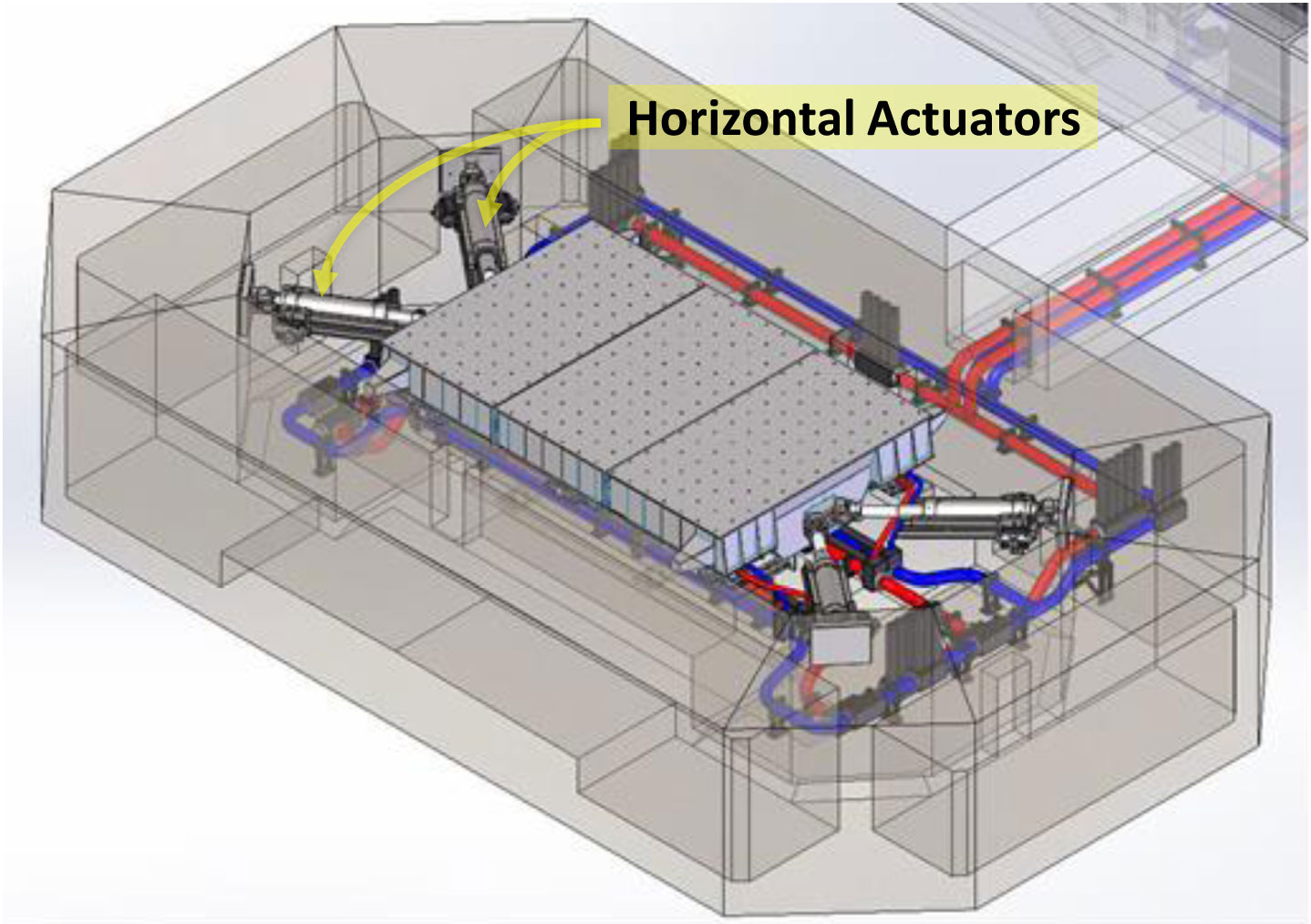 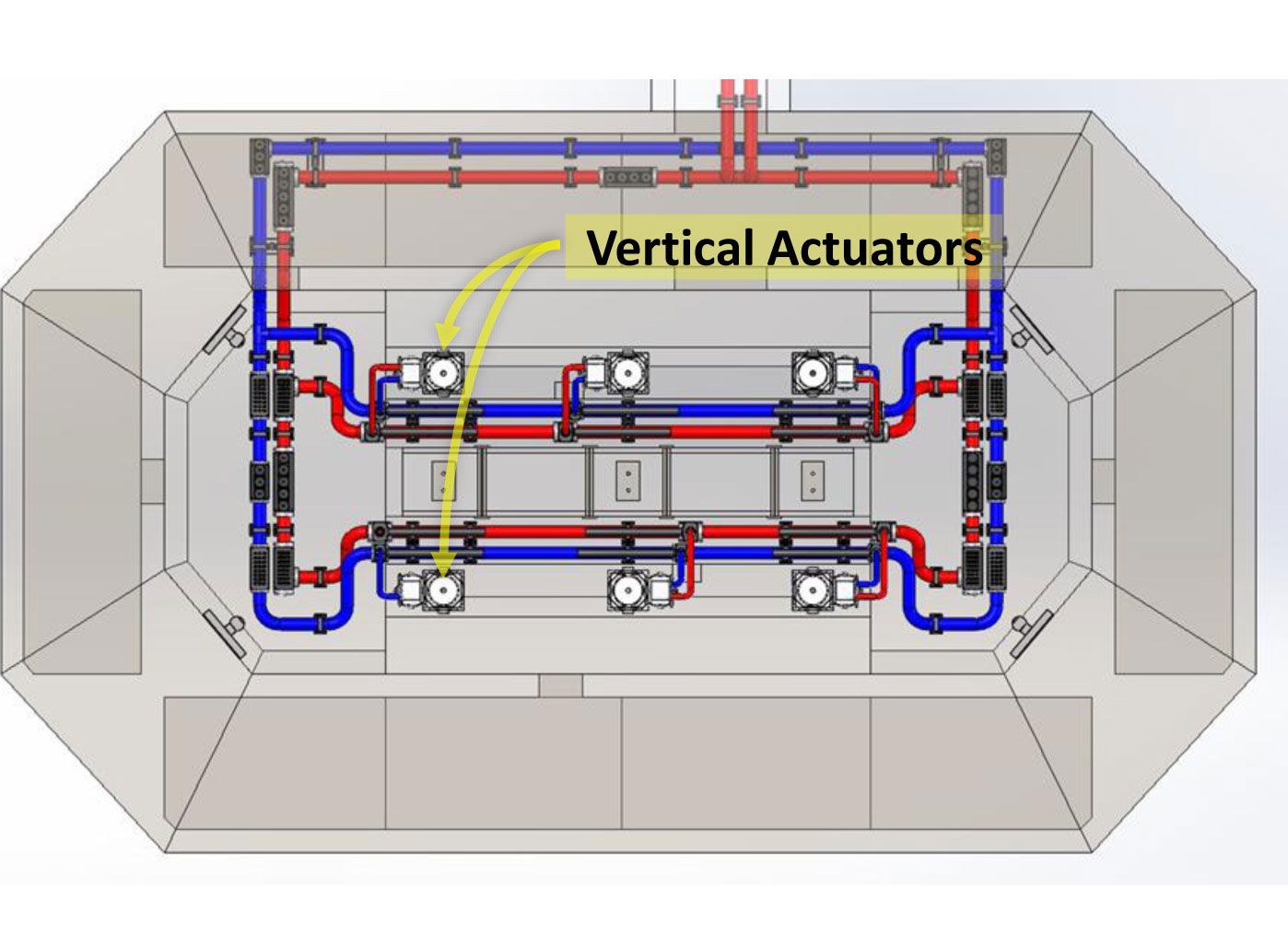 The NHERI@UC San Diego LHPOST is the largest capacity 6-DOF shake table facility in the world, and enables among others, the investigation of the combined effects of realistic nearfield translational and rotational ground motions applied as dynamic excitation to a structural, geotechnical, or soil-foundation-structural system at large- or full-scale in three dimensions.