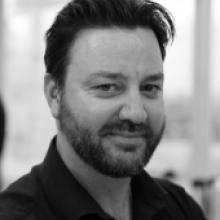 Luis Piek is a Principal Associate for Arup USA in San Francisco and is a specialist in tunnels and underground construction. He is actively working on a number of metro, roadway, and water tunnel projects, including the largest diameter rail tunnel in soft ground on the West Coast. His projects include LAX/Crenshaw Corridor Metro, San Francisco Central Subway, and the world record 14.5 bar pressure tunnel Intake No.3 under Lake Mead, Nevada. Luis graduated from UCSD as an undergraduate in 1999 and received his MS in structural engineering from UCSD in 2004. He has worked extensively internationally and has published a number of papers on tunneling. Outside of his practice, he is actively involved in the advancement of fiber concrete in both research and the tunnel industry.

The share of the world’s population living in cities is expected to rise to 80% by 2050. To meet the current and future transportation demands while minimizing disturbance to existing infrastructure, City municipalities are expanding their subterranean networks, requiring longer, larger, and more extensive underground networks. Additional challenges include crossing active faults, meeting high seismic demands, and large excavations adjacent to tall buildings and their interaction with existing and future tunnels. These highly complex projects require a world class multi-disciplinary team of engineers to execute, of which structural and geotechnical engineers are key members. This seminar will cover project examples, the modern methods and numerical tools used in the industry, and the challenges facing the future of underground engineering.